oh my indians, how long you sleep?

its time to Awake, Arise and Aware

There are many reasons , factors, situations made or forced us to take a decision in our life. But all these have many dimensions, other side of the coin too.

I have just one word for this decision.   Which is  just “ ENOUGH”

It has thirsty for life to breath gracefully. It has filled with simple dreams and reality.

It has  glorious   culture and tradition of  this land,  its future and the handle for the future- the present.

It has seen utter ignorance of petty politics in the name of religion, caste, poverty, etc etc also witnessed great and wonderful beings both who arised above the moment and who struck with their limitations ,   principles, and political views and parties.

The ultimate reason is many took granted of what is been given to them, many unwilling even to speak sensibly ,many takes free ride of many things including  the people of this land

When an union minister says and questions about the existence of an outfit, which was blacklisted in many countries by their own intelliegence and security reports – what to say

And the high command and fellow party workers defending him, not even willing to admit or question him, how he talks from such responsible post or  they play the coin on another party how that party leader has said on something at sometime

Is it not questioning the system itself -  system may have limitations, mistakes, corrupted people which we need to work out to improve the system always

I know and against any system because no system will be perfect but you can’t function without any system. And the system has guarantee to ensure minimum quality if it is properly functions and constructed with  good  standards and morals

Another incident few of the people who are part of central government and congress party , telling  one can get full meal for Rs.1 , Rs.5  and Rs.12. the   biggest blunder is they defending it on next day also.

I would say either they lost human consciousness or they say all Indians (included the remining 10 percent from mr markandeya katju – I hope I am right in name) are just idiots ,not even fools or playing petty politics very openly because their parties high command  can save them as its all their personnel views and comments , nothing related  to their dignified post, responsibility of   role , parties ideology and principles (ofcourse nothing is there)

Yesterday there is a debate , about potholes in the road in any metro cities, some body saying the politicians are powerless – the present congressmen already sold the nation along with their coalition partners , poor fellow , he has not aware – I think he is talking that they not yet had power of attorney to sell and register and get money

On the other hand , the BJP -  just a camp with utter fools who simply defending , playing same way to prove that their forefathers are also belong to one time congress of this land and they have their genes still in blood

They still glorify and defend yettiruappa and modi - whatever they do , nomatter what it is? Because their point is , it is they have the right , as sons of this land, to sell this to foreigners , no one has….

The Namo has also playing a beautiful game , with the help of efficient PR team, to project and lift him for the PM  post by sidelining every other contenders within the party, who anyway don’t even guts to point out or rebel , any mistake done by anyone. Because their aim also same ,

The best worst scheme , AAdharr card , -  I don’t   know how many of you aware, now made mandatory  if u need to get gas cylinders to your kitchen or   to get any benefitted under  any govt scheme including  relief schemes due to poor response from people
Why it received poor response is you  can  be  arrested  and crippled in no  time due to availability of every information about you available along with your bio-matric imprints, which even US not willing to implement

Don’t feel affended or complecent that I left regional parties or left fronts. There is no point talking about them. It just shame on the nation.

In one word these politicians , political parties, law makers of this glorious nation, even working to challenge the supreme court judgment of disqualification of their MP’s on the day they got convicted.

What else you need to say that  your land and government is in wrong hands.   These things not happened even in Brittish rule or even before Mugal’s rule or any invader’s rule

They have plundered the nation, yet they have not glorified the criminals at any time.

The Anna will come to fast in Newdelhi because he wants to get the name that he sacrified his life for the nation, not willing to create necessary  awareness , take responsibility

The Gejriwal , not a fool but not a intelligent, because he always wants to fight just with delhi eb bill. Never think anything in broder scope. Their followers fill lot of PIL and offer their life on roads in the name of accidents and not even made their family to feel worth of having them
It is not point to come to road and shout and protest against any party or  government because politicians are more cunningness and cruel than the brittish

Nothing creditable can be done unless you bring the awareness in society, unless people realize their rights and power of their votes. without creating a strong base , constructing a building is suicidal , thats what many of you doing now

Do you want  to change the course of tide ? or Are you going to settle that you got better job, life, food today

I decided to ride on the tide by creating and flooding it from Himalayas. It is your choice either to drown it or get lost when these politicians sell the country and flew to abroad

Let you decide . what you want?

It is  not your action is going to decide where , whichside you will be in the future but the decision of this moment is going to take you where you should land

I am waiting  because I have no urge or publisize work. Anyway already I did something in this direction. Rest and all just how much support and response I have in society

But one thing don’t blame, government, congress, bjp or any other regional party tomorrow incase if u don’t get ur food or thrown away out of this soil

You may ask why I do this initiative? What I want?

Nothing I want. I just want my childrens of this land live better with good standards in everything and its my gratitude for those , irrespective of their religion and belief systems, who offered their life to make this nation free from invaders

But I realized now, people gone but freedom not yet come in humanity. It has been suppressed and suffocated under corruption, greedy, plundering, scams, politics 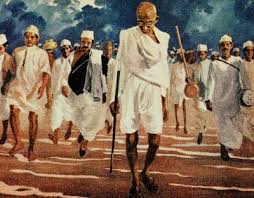 
Posted by swami sushantha at 21:04 No comments: