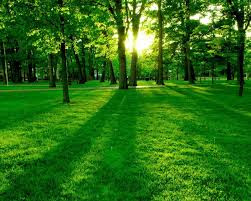 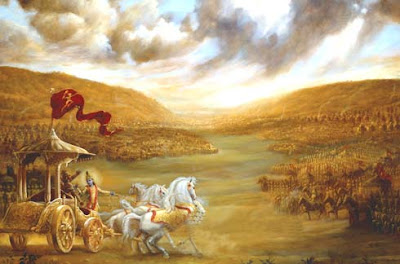 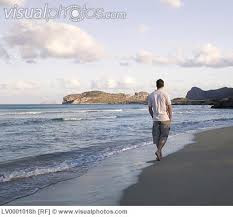 Why  I call this as black day in Indian history ?

1.  Past 10 years the nation was plundered by coalition politics by various scams , one after another , to the shock that whether the government is just doing only scam.

4.  The PM is just inactive and not brave enough to speak or to take responsibility either for his corrupted ministers or scams

5.  The PM accepting in the media, scam is part of coalition politics , and still stick to post without shame , lost all his creditability

6.  When the india is going to ahead of next general elections, the political parties just playing petty politics based on caste, religion instead of Growth and inclusive community living in harmony

7.  When the central government questions and suspecting the creditability of  government bodies such as CAG, IB,CBI whenever their report or findings turns against either the government or politicians

8.  When cases of corruption done by any politicians simply drag and drag for years and years

9.  When still citizens of india going abroad for jobs still suffer in middle east or eastern countries by cheatings and live in jail

10.              When the students and educated people not willing to stand up change the system but selling their vote for cash

tomorrow I decided not to celebrate the independence day, but be in silence and with black batch not to protest anybody but to awake this nation with new flood of blood with high standard and moral in public life.

I don’t want to make any stunt of any kind in public road. I sincerely wish that this glorious land has to raise to its ancient spiritual height and wheels of dharma has to roll back.

I want to spread the awareness as the father of this nation did in non-violence , so that not only corrupted and polluted politicians throw out of their post , irrespective of their party, and corruption can throw out from people’s mind.

So that every man who born and belong to live in harmony and well being .

Don’t worry I have not insulted the independence day because that has not yet come to the people of this land . Its just the administration transferred from Brittish people to Corrupted Robbers.

its upto you , i am not going to suggest either to share or to promote or to protect your civil rights

it is up to you , either to allow these corrupted politicians to sell this country once again to foreigners or to save this land for your children wellbeing and future

it is up to you , either are you going to set yourself with high standards of moral in public life or just keep functioning from your corrupted mind

nothing creditably can be done in this country unless you bring necessary awareness among people and create a strong base , by working every village and corner of this land , silently

do you want to join with me or not ?  is upto you. let us work together with the technology available to us.

i am not going to do anything against anyone or any political party or any politicians but they are not wrong it is just we have not set ourself moral standard for public servants . we have not handled our freedom as and with gratitude for those who gave their life as price for it.

we allowed every politician to spend in crores and crores to contest in elections . is any human is fool to spend such amount , without knowing whether they will win or not , and not guaranteed for second term again in their life to throw such money in ocean

also i don't want to create a revolution as history already proved it has not brought well being to its people , may be it just replaced one by another tyrant.

the land faced such plundering , no proper freedom or rights for its citizens under invaders rule in past. But today it facing same situation under the rule of our own leaders who claims parlimentarians

though lot of scams happened , lot of cases pending in court till today not a single politician or bureaucrat has been convicted

i don't want to fight foolishly without bringing necessary awareness among citizens about their rights against these corrupted network which consists of politicians who want power, bureaucrats who want to enjoy the previlage of misusing the power, the businessman's who just need wealth -- not concern either for their mother land or for their people

how many of you know the procedure to claim your own medical insurance at the time of you need , for which you paying the premium for many years. you people know the answer

our forefathers blamed invaders ,ofcourse it is fact on that day but whom we are going to blame for this deterioration today. Are we going to blame politicians or system or grahas etc etc but we only voted na. we still violating small small traffic rules for our convenience is it not . we managed with traffic rules they managing with country's highest platform . Thats all

I don't want to fight with anyone or work against anybody or any party because there exists no enemy  but i want to bring more awareness to myself and take responsibility for my nation and my people wellbeing and future.

so i decided to observe black day to start the process with myself . As a step to purify myself , to keep myself corrupt free i am not going to celebrate tomorrow the independence day . Instead i observe it as black day to move to the day of light and love

you also can join if u willing . you can do the invocations as per your religious and known rituals as you exposed. you can do it anywhere you want.

if we want to work together , by using the present day available technology to bring and spread this awareness , let us join our hands and work systematically, then you come into my contact

i feel i have taken a step towards my responsibility .what about you ?

Posted by swami sushantha at 13:36 No comments: 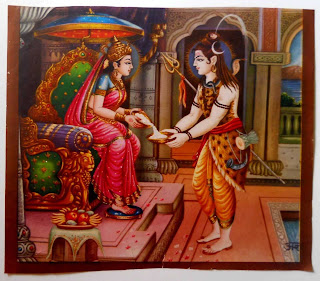 A year contains only  365 days. So in life only 365 top priority days can be. Though every year same English calendar day comes, still when one feels a very significant thing happened or  he achieved  a mile stone it become so so important .

And thus made the day unforgettable even after the death. As 2nd august brought him in my life, the 4th august also carries very very significant , that too in association with him

I am referring just has him, because I feel I have not yet attain the purity and sacredness to utter that sacred word to refer him in my life. In these 45 years, since my memory remembers events and with him is more stronger  and overdose in a kind.

The cocktail of grace and love made me to experience bliss and bless together. 4th august is one such . and that too it is the first 4th august in this millennium. S its 4th august 2001 that I refer.

Almost we seven of us, are in the last phase of our trip. Though we started to Amarnath, with his blessings  , till this day I have not yet dharshaned the Amarnath because of the twists of life moments.
The day becomes significant for all 7 of us, because we choosed that day  to exercise our process of getting bhiksha , a sacred one as advised by him on the streets of Haridwar.

How I went and how I got , let me write separately  in another time. But I feel blessed to have this day in my memory and life because of his presence and absence , and with bliss and grace , with fruits to become fruit of his tree

Though we are not aware of that significance day at that time of leaving for bhiksha, few hours later we realized it is the day of Raksha Bandan, when the leela yatri bhavan manager sharmaji blessed with the Pooja Prasad.

The day that they choose to tie the Rakhi to their closest one, to express the strong bond in their relation. No wonder we also be choosened that day by him, to bless with his bhiksha.

Thank you swami’s to be with you on this glorious day in my life to share his bhiksha. Hope it will be wonderful day to remember in wonderful way  for them too.

Sorry…………….. I just bow down to you….. I have no worth to utter your sacred nama but still I request you to keep me in your fold and at your feet always

Here the article featured that time in forest flower , 2001 november.
me wrote about our yatra and Swami Nisarga wrote about the sacred process in english , ofcourse me standing in road after returning back with his bhiksha and blessings in very less timing. swami nisarga took this photograph.

the following article is reposted for convenience 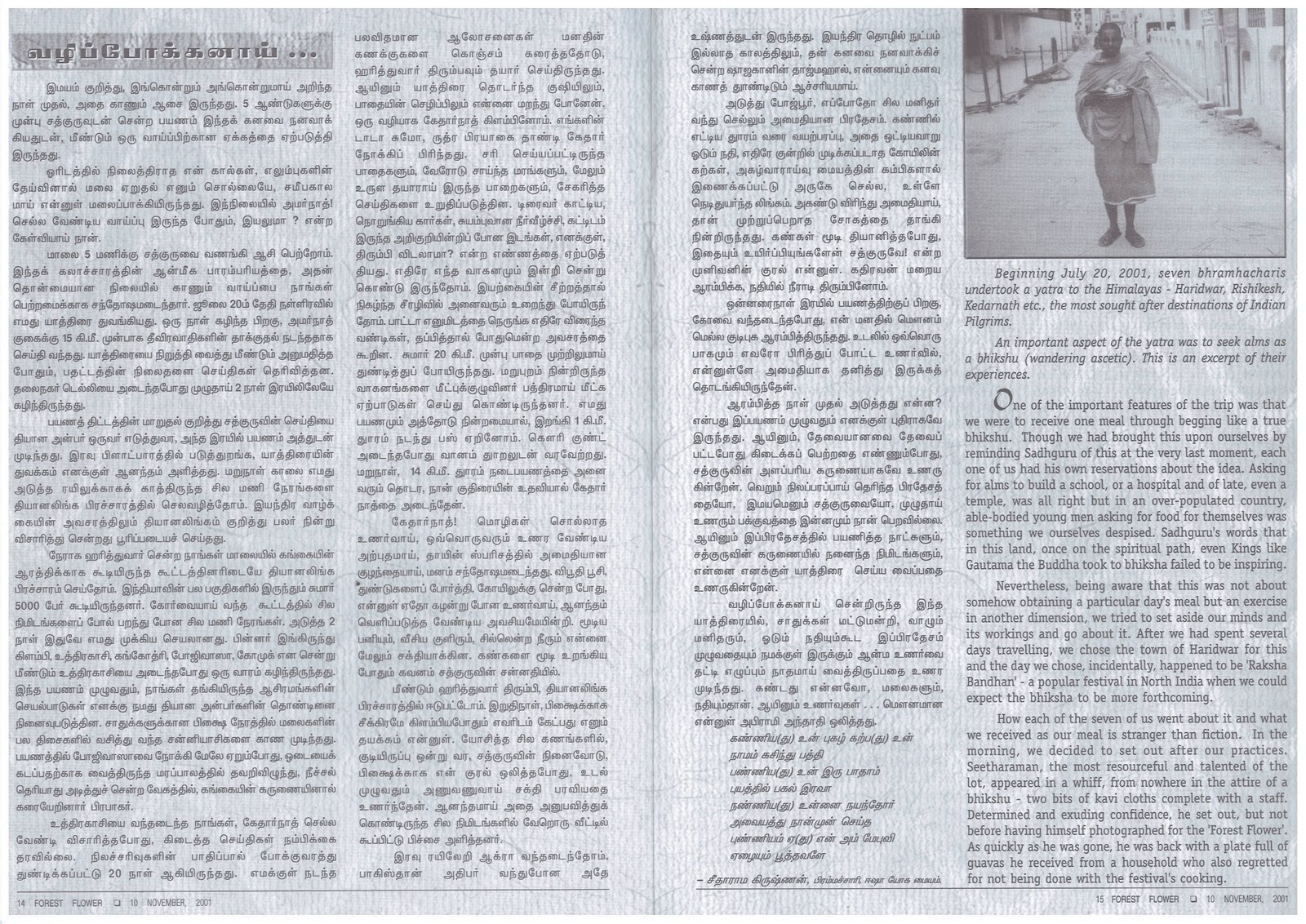 Posted by swami sushantha at 18:42 No comments:

Are you not ashamed of educated?

1. all political parties, including congress and BJp - going to oppose the supreme court verdict -about disqualification of MP's and MLA's once convicted
2. all political parties speaking they want to support women's bills- 33 percent - but the bill is been pending more than decades
3. the congress led government is bringing amendment to RTI act , to exclude political parties and CBI under RTI act, supported by all parties
4. we will support congress to pass FDI bill in Parliament , but we are against the bill, because it will uproot smaller traders and we will depend on foreign companies only  and we wont allow the foreign companies to start in our state
5. we can't reduce poverty mark so we change poverty calculation method to show you that we improved
6. No party , either congress or BJP or anyone is willing to bring stringent LOKPAL
7. in last december , that girl become victim in delhi , you people came to road but law has not yet come in parliament , not even verdict in court
8. common wealth games case, 2G case, coal gate case, 3G case, etc etc -all happening happening but never verdict will because our honorable prime minister's coalition dharma - shame to be even ordinary citizen


so if u want to be member of parliment

u must be a criminal, neither u nor ur party will be questioned by anyone , and from the looting money we will throw the bread , eat and live without shame

it is you, the people are idiot , because you only getting money for vote and gave this freedom to them by selling your rights

Are you not ashamed of educated ?

what for you waiting ?  do you think ur god will come and save you , never dream because its you sold yourself , by your votes for cash , so no god can save you

And they are cleverly  playing, religious, caste based politics to keep you fight yourself

bargain your and your house votes for cash and gifts to vote for your party , ofcourse you will not feel ashamed , because we are not adding SALT in our food

i am asking the young blood, educated people, are you not ashamed of living under these corrupted politicians

S i know as indivitual we can't do much and i am not supporting to come and fight in road but we can create a strong bond and group by using the technology and we can educate people , bring necessary awareness about morals and standards in public life

we need to do this . and we can make this ganga flow across the nation

if u not ashamed good , sorry i don't know fools language , pardon me 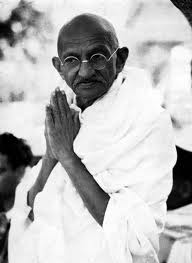 Posted by swami sushantha at 10:32 No comments: